A 'green hydrogen' project – hydrogen made without fossil fuels - is set to begin in the Tennant Creek region, 500 kilometres north of Alice Springs.

The hydrogen plant will run on solar energy and trial new a technology developed by company Aqua Aerem which “captures water from the atmosphere in arid environments [1]”.

Green hydrogen is produced by using renewable energy to power a system known as an electrolyser, which separates the hydrogen from the oxygen in water molecules.  In sunny arid Australia, innovative technology is making this possible. 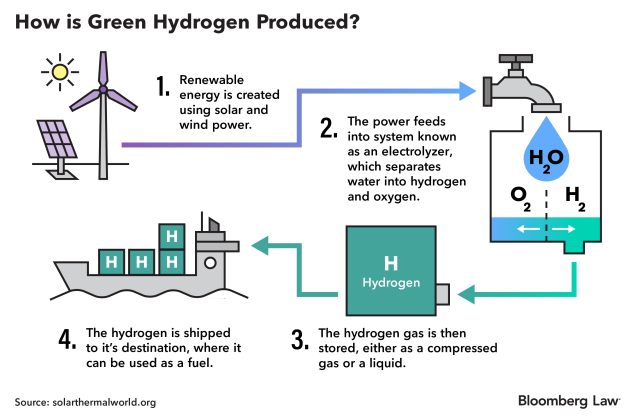 “This technology provides an innovative solution for securing a sustainable water source for the production of renewable hydrogen in Tennant Creek,” said the NT Government in a statement.

The trial will last for 12 weeks and aims to collect enough data to optimise the water capture process.

The ultimate goal if the trial is successful is to produce renewable hydrogen for the Tennant Creek Power Station - which currently runs on gas with a back-up diesel generator - in order to supply the Tennant Creek community with green energy.

Last year, the NT Government released the Territory's first Renewable Hydrogen Strategy, outlining the role hydrogen can play in helping the NT to achieve its target of net-zero emissions by 2050.

Renewable hydrogen was one of the key opportunities identified by Beyond Zero Emissions in their 10 Gigawatt Vision for how renewable energy can power jobs and investment in the Northern Territory:

“The global export market for renewable hydrogen is set to boom, driven by demand from East Asia. The NT is an ideal location for making renewable hydrogen, and could capture two-thirds of the national expansion of this industry by 2030.”

"Renewable electricity can power an electrolyser, producing hydrogen. This hydrogen can then be used to generate energy in either a fuel cell or a gas turbine. Hydrogen provides long-term energy storage and security during longer periods of cloudy weather."

As the transition from fossil fuels to clean energy gathers speed around the world, the Northern Territory’s outstanding renewable resources means we have an exceptional opportunity to prosper in the new era of clean, green energy.