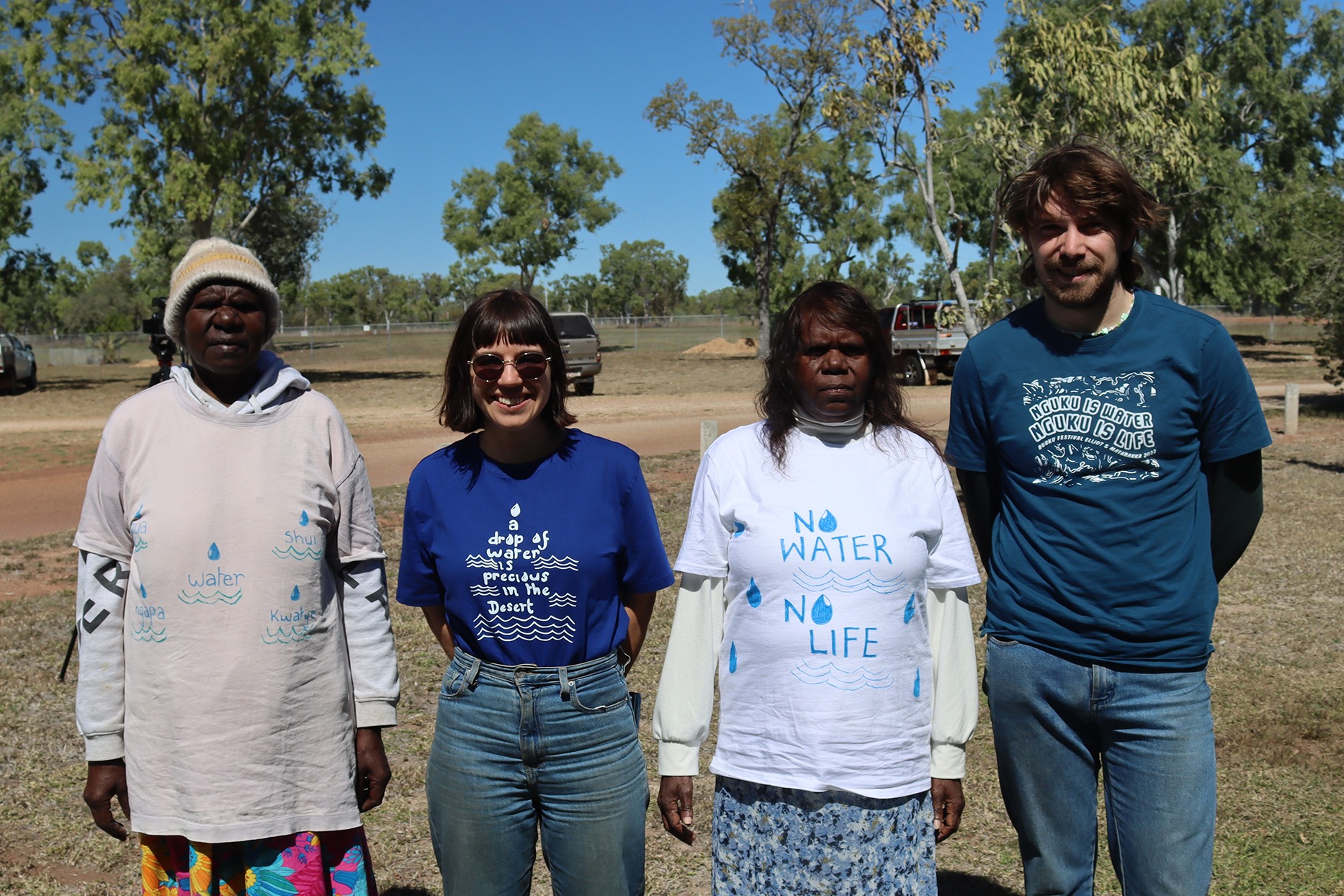 Thanks to Protect Big Rivers for inviting our arid lands delegation to your community meeting with new environment minister, Lauren Moss, to discuss concerns about water security.

Kaytetye women, Violet Downs and Maureen O’Keefe, are fighting to protect their country from the impacts of the biggest water licence in NT history. ALEC staff, Hannah and Alex, accompanied Violet and Maureen to Mataranka to take part in the meeting and represent some of the concerns we have here in Central Australia.

The meeting was a chance for Traditional Owners and community members from across the Big Rivers and Beetaloo Region to share their experiences of waterholes and soaks disappearing, river levels that have dropped, and important wetlands drying up. The group spoke of the risk that groundwater systems would be permanently damaged by fracking companies and the risk that irrigated horticulture (such as the proposed Singleton Station project) are being allowed to suck aquifers dry under the NT government’s watch.

We asked Minister Moss to say no to water mining in the Beetaloo Basin and Mataranka Tindall Aquifer and to stop Fortune Agribusiness from drawing the water table on Kaytetye Country near Ali Curung down by 50 metres. Affected community members like those who made the massive effort to come to this meeting must be given a meaningful say in how water is managed to protect ecosystems, cultural values and community drinking water.

Water licensing decisions that use rules that are not sustainable, not precautionary and amount to aquifer mining have to stop. We hope the minister understands how important this issue is to people. As Maureen says, “This is about survival, No water no life, so we won’t stop this fight”.