ALEC is governed by a skilled group of individuals who provide the strategic leadership to help ALEC achieve its vision of healthy futures for arid lands and people. The Board's principle responsibilities are to review and monitor ALEC’s work to ensure that ALEC is achieving its objectives and meeting its legal and regulatory obligations and to develop appropriate strategy and policy.

Our Board Members volunteer their time and expertise - and lots of it - and their work is integral to ALEC's success.

The ALEC Board was elected at the October 2021 AGM. 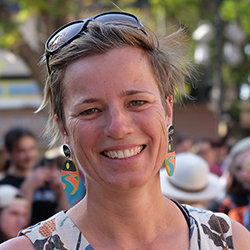 Barb has been involved with ALEC as a supporter and volunteer in many capacities since the late 90’s when she first moved to Mparntwe. Mostly she loved the raucous and wild ‘Curry and Quiz’ nights of the 90’s and really that’s all she wants to bring back!

Barb loves nature and cares passionately about social justice and believes that, in the words of Naomi Klein, “climate change is intergenerational theft”. We are now living in the ‘decisive decade’ that will determine the future of life on this precious planet. There is no better time to be a part of steering us to a healthier, happier, safer and more fair world.

Barb has been an ALEC Board member since 2015 and was elected Chair in 2018. It’s a privilege to be in this role and she is very grateful to work alongside such a great bunch of humans both on the Board and with the ALEC General Manager and her team. 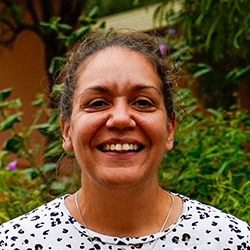 Roxanne is an Arrernte/Nharangga/Kaurna woman with ties to Central and Eastern Arrernte nations through her mother's side and ties to the York and Eyre peninsula through her father's side. Roxanne grew up surrounded by her community and has spent many years on Country advocating for self-determinants and self-sufficiency for First Nations. Her particular passion is decolonisation, health and environmental awareness and development. She hopes to see a future where Aboriginal people can lead the way on environmental issues, be more self-sufficient/self-governed on Country and in turn be able to strengthen their mind, heart, body, spirit and connection to Country. 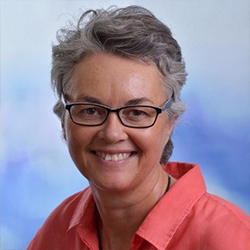 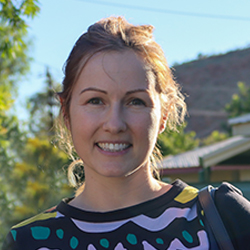 Originally a lawyer from Perth, Western Australia, Isobel is a lawyer and governance professional working in Mparntwe and surrounding remote communities. Isobel has been a lawyer for 10 years currently working as a legal and governance manager / company secretary. She also has experience working in the central desert of Western Australia representing traditional owners in native title claims and in Mparntwe Alice Springs as a lawyer working with traditional Aboriginal owners and community residents in Eastern Arrernte, Alyawarr and Anmatjere country. Isobel is on the ALEC Board to assist in its important work to protect Australia’s precious arid environments including from the effects of climate change. 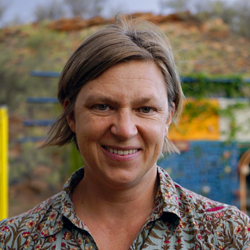 Sasha has lived and worked in Central Australia since 2006. Sasha's early activist roots have evolved into a career in international community development – working to support and give voice to marginalised and disempowered communities all over the world. Sasha joined the ALEC Board in 2020 and brings experience in community-led advocacy and systems change, program management, good governance, community engagement and capacity building to this role. She is also a passionate gardener, forager, preserve-maker, traveller and outdoor adventurer and mum. ALEC exemplifies the saying ‘…the whole is greater than the sum of the parts’. Sasha enjoys the opportunity to be part of something bigger through her role on the ALEC Board, by contributing to the important work of this excellent organisation! 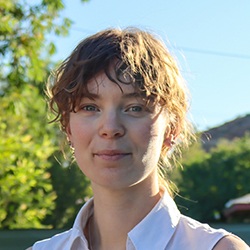 Emma is a lawyer and former journalist who is passionate about the environment, human rights and justice. She currently works as a civil solicitor at NAAJA, the Aboriginal legal service in the NT. She came to Mparntwe from Naarm (Melbourne), where she had spent three years as chair of Liberty Victoria's Rights Advocacy Project, a law reform program that equips early-career lawyers and law students with the skills to lobby for change. She feels lucky to live and work on Arrernte country. 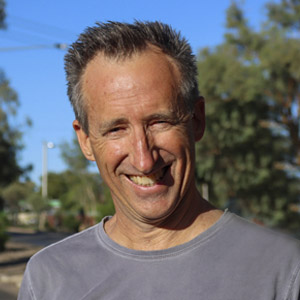 David is a long time Alice Springs resident and ALEC member. He is a consultant anthropologist with qualifications and experience in media too, including making environmental radio. While most of his work is now community development related in Central Australia, he has lived and worked in the Kimberley and done pro bono anthropological work for rainforest conservation financing in the South Pacific.
David has been part of efforts through ALEC affiliate RePower to increase Alice Springs’ renewal energy output and reduce the town’s greenhouse gas emissions. He also wants to see improved NT water policy and an end to environmentally disastrous free mass water allocations in the Territory. Most of all he wants to see the Matildas win the women’s football world cup, ideally from within the stadium. Meanwhile, he reads, writes a bit, swims and surfs when he can. 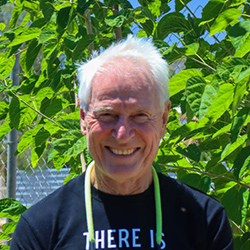 Married to Meg. In January 1974 Bruce and Meg came as young dentists to work in Alice Springs for the Commonwealth Health Department. They have retired here having had absorbing careers in public service while raising a family of three beaut children. Bruce has lived in Alice Springs for 18 years and has spent the past 30 years on a rural buffel-free block. Both of Bruce and Meg's home garden's have won the Alice Springs Garden of the Year award.

Bruce has long been committed to social justice and environmental sustainability. Over the years he has been actively engaged on many committees and boards including the Australian Dental Council, the National Rural Health Alliance, the Public Health Association of Australia, NT COGSO and the Alice Springs Hospital. Bruce has always been a dedicated gardener and in my younger days a very keen sportsman. I was selected in the Central Australian Football League’s Team of the 20th century. As its Convenor I’ve spent quite a bit of my past 12 years  at the Alice Springs Community Garden. Last year Bruce was named Centralian Citizen of the Year. This year, along with joining the ALEC Board he has been appointed to the ASTC’s Environmental Advisory Committee. 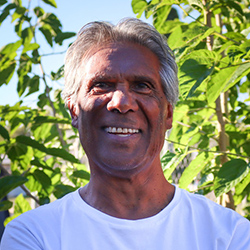