What we do: biodiversity and conservation

Central Australia has some of the most intact desert landscapes on earth and is home to unique species of flora and fauna, many of which are under increasing threat. Biodiversity loss is a key concern for arid Australia due to climate change, land degradation, land-use change and the spread of invasive species.

There are 141 threatened amphibians, birds, invertebrates, mammals and reptiles in the Territory [1], and 84 threatened plants [2]. Small mammals are particularly at threat in arid Australia from feral animals and ecological changes from pastoralism [3].

Climate change will see hotter conditions, changed rainfall patterns and more extreme weather events. The challenges of managing weeds, pests and fires will be an ongoing problem that will require significant strategies and resources.

Buffel grass is recognised as a key threat to native biodiversity in the arid zone. As an aggressive colonizer, it is rapidly transforming the landscape and causing significant losses of native flora and fauna. It negatively impacts on Indigenous cultural practices, including the availability of bush tucker and causes hot, widespread and frequent fires. Buffel Grass is a declared weed in South Australia, however is a favoured pasture grass for pastoralists in the Territory. Many pastoralists continue to grow and spread buffel in the NT.

ALEC advocates for a clear and urgent commitment to halt and reverse biodiversity loss in the Northern Territory. Investment is needed in more Indigenous rangers and Indigenous Protected Areas for the long term to manage environmental issues. Collaboration between pastoralists, indigenous land managers and government agencies is urgently required to develop a coordinated approach to prevent further biodiversity loss.

Learn more about our campaigns and projects: 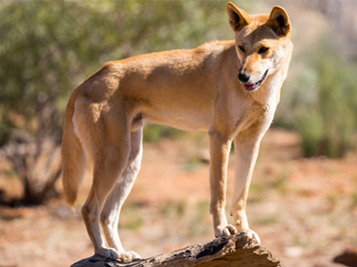 Dingoes are being killed on a massive scale on pastoral leases in the NT with widespread 1080 poisoning, as well as trapping and shooting. Join the campaign to protect dingoes on pastoral lands across the Territory. 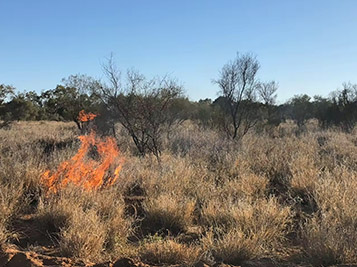 Stop the spread of buffel

Buffel grass is the single biggest threat to arid ecosystems. Buffel is causing fires to be hotter, faster and more intense and leading to significant losses of native species. It’s time for action to stop the spread of buffel. 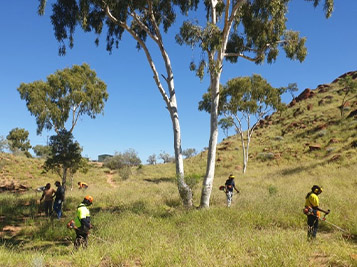 Bushcare aims to increase native biodiversity, reduce the spread of invasive weeds and manage the impact of fire brought on by invasive buffel and couch grasses. Bushcare works with local Aboriginal people, in partnership with Tangentyere Council.

Cover photo: Central Netted Dragon (Ctenophorus nuchalis) is found throughout arid central Australia. Like many dragon species, central netted dragons will communicate with other members of their species by bobbing their heads and waving their legs.

The battle against buffel: protecting County and culture