What is Climate Change

For effective climate adaptation in remote communities it is essential that Aboriginal people are able to understand the implications of climate change.

The Northern Territory is highly vulnerable to climate change with a predicted increase in the number of extreme weather events and heatwaves, which will have a significant impact on remote communities and exacerbate existing health, housing and liveability issues.

Anecdotal evidence suggest that many members of Aboriginal communities are already noticing the changes in climate and the impact this is having on local environments, including changing weather patterns, more heatwaves and changing bush tucker seasons.

However, there is limited understanding of the issue of climate change, and limited resources in first languages to help community members understand this complex issue.

ALEC has been developing resources to further the understanding of climate science for Aboriginal people in Central Australia.

These include the Climate Change in Central Australia animations, which have been translated into the Arrernte and Warlpiri languages, and the "What is Climate Change Flyer". 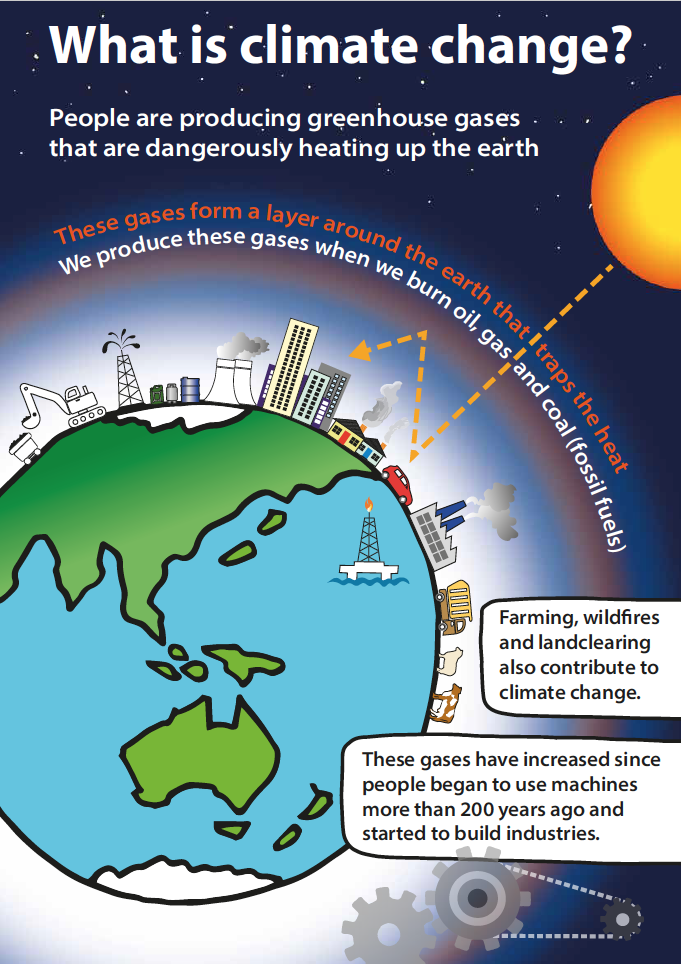