The Climate Change In Central Australia animations are helping Aboriginal people further understand the concept of climate change and its impacts.

The Climate Change in North Australia animation was originally developed by Live and Learn Environmental Education to raise awareness of climate change causes and impacts in the Pacific (translated in Fijian, Vanuatu Bislama, Solomon Island Pidjin). Together, NAILSMA (North Australian Indigenous Land and Sea Management Alliance) and Live and Learn adapted the animation to be relevant to north Australia and recorded this in English and Kriol in 2015. 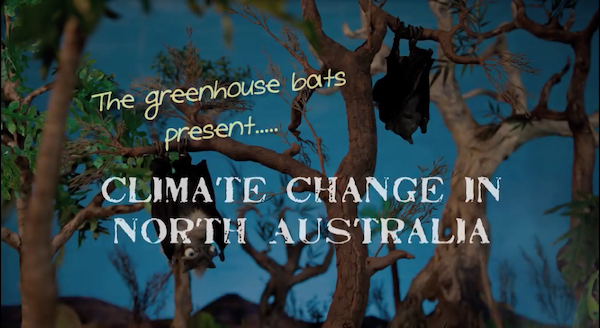 With funding from the Desert Science Network (Inspiring Australia Programme) and support from the Central Land Council, ALEC has worked with the original project partners, including David Pennay the original animator from 3 Hands Studios and the Aboriginal Interpreters Service, to have this animation translated into the Arrernte and Warlpiri languages.

The Northern Territory is highly vulnerable to climate change with a predicted increase in the number of extreme weather events and heatwaves, which will have a significant impact on remote communities and exacerbate existing health, housing and liveability issues. For effective climate adaptation in remote communities it is essential that Indigenous people are able to understand the implications of climate change.