ALEC is staunchly opposed to the practice of hydraulic fracturing and the development of any new onshore gas industry in the Northern Territory and has been working to ban fracking since 2011.

The Northern Territory Government lifted the moratorium on fracking on April 17th 2018. Many Territorians continue to feel betrayed by this decision. The Chief Minister’s commitment to implement the entire 135 recommendations from the NT Scientific Inquiry into Hydraulic Fracturing provides some opportunities for improved environmental regulation in the petroleum and mining sectors. But for the communities in the direct firing line and those of us reliant on groundwater – it is a terrifying prospect.

ALEC CEO Jimmy Cocking has been appointed to the Onshore Shale Gas Community and Business Reference Group – which will have input into the implementation of the 135 recommendations. The Implementation Plan has been released and more details on the NT Government’s approach to fracking can be read here: https://hydraulicfracturing.nt.gov.au

Things are moving fast. It is anticipated fracking will start in the NT mid 2019. Methane measurements in the Beetaloo Basin started in August 2018 and a new Water Control District including the north and south Beetaloo Basins has been created. The Northern Gas Pipeline has been completed and Jemena (60% State Grid China and 40% Singapore Power) has announced it plans to start a larger pipeline to move fracked gas to the east coast/export terminals within 12 months.

Fracking will exponentially increase NT carbon emissions, and ALEC is committed to supporting the communities in the firing line of fracking.  We are fundraising to support this activity. Please donate at https://www.alec.org.au/donate

ALEC is a member of the Protect Country Alliance. The Protect Country Alliance brings together impacted landholders, communities, and civil society groupsconcerned about gas fracking proposals or projects in the Northern Territory. The Alliance is made up of delegates representing regional communities across the NT including; Elliott, Marlinja, Minyeri, Borroloola, Mataranka, Jilkminngan and Hermannsberg.

Find out more information on fracking in the NT at http://dontfracktheterritory.org 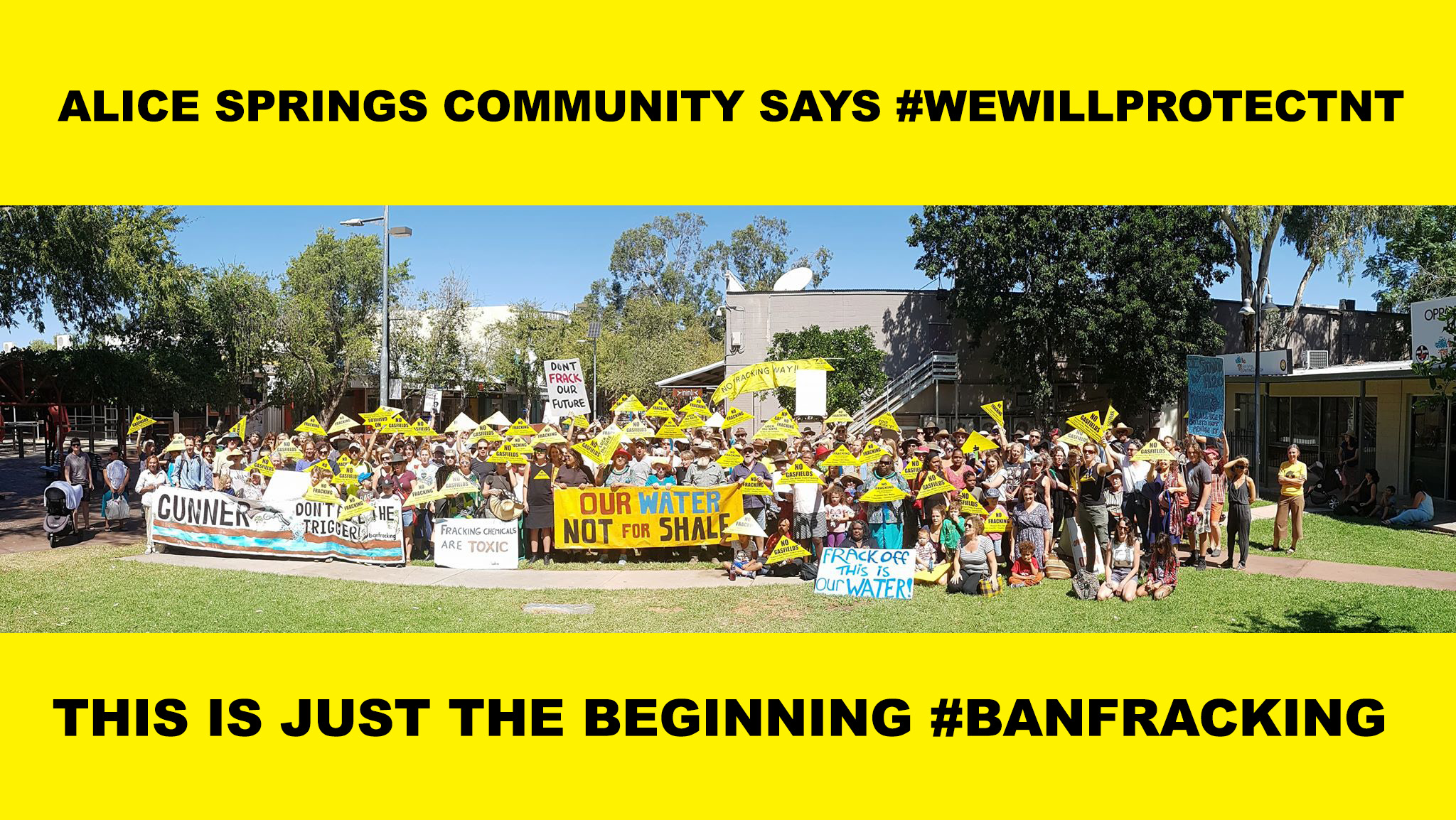 Fracking and the Climate

ALEC urges all community members who have concerns over climate change and the threat of opening up the Territory to unconventional gas fields and fracking to take immediate action.