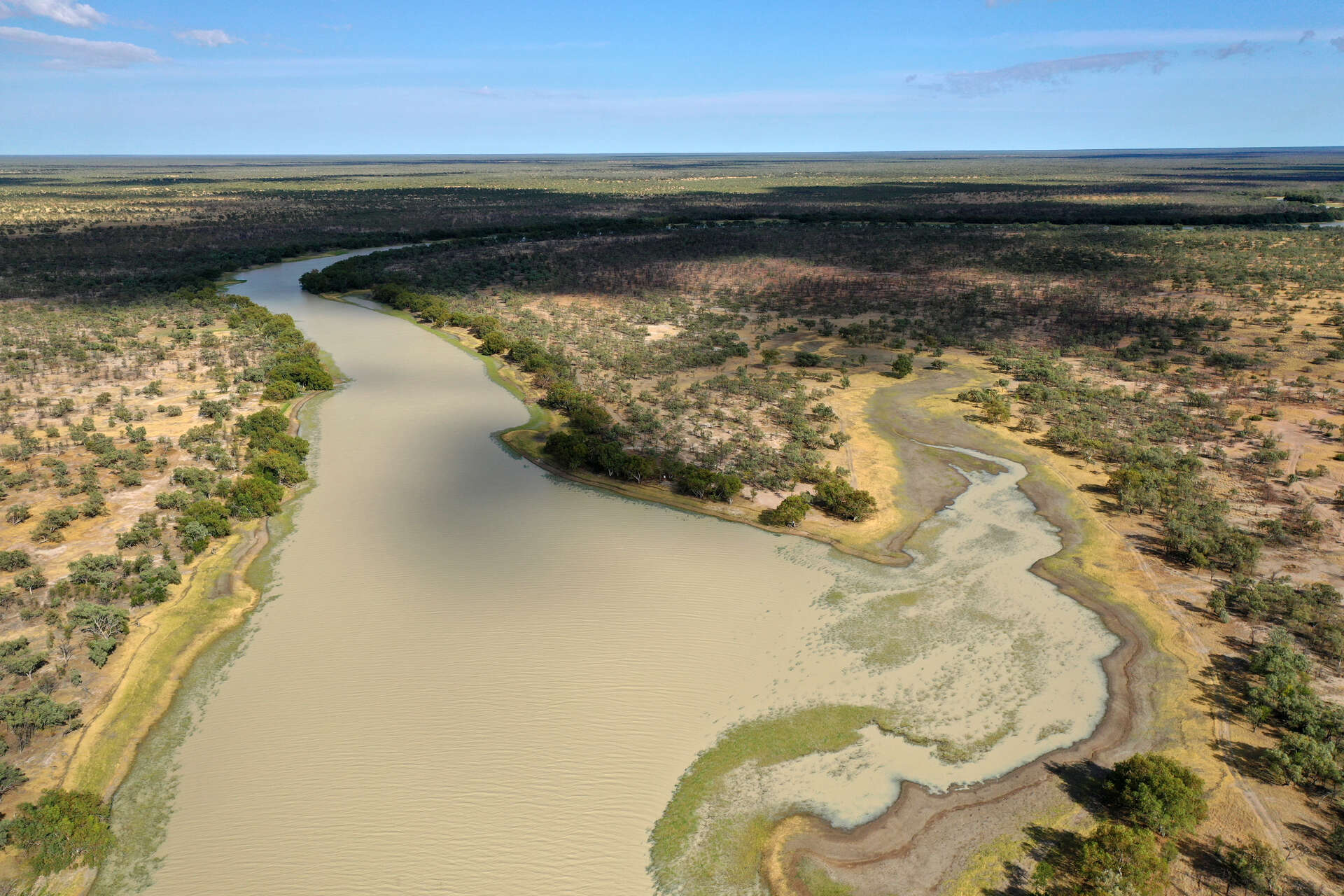 The Draft Plan sacrifices consultation, rigour and evidence in bowing to the desires of fracking
companies and big agriculture. This plan weakens protections for ecological and cultural values,
disregards risk and uncertainty and sets a precedent that the Northern Territory Government will not even consult with relevant stakeholders.

Instead, the Draft plan allows 262.5GL (billion litres) of new water to be given away which is the
largest water allocation plan volume ever in the Northern Territory. That is equal to the annual water use of 1.46 million Australian households.

It is clear that the mistakes of the Murray Darling are being repeated. Too much water, too quickly, no protections for environmental and cultural values and a process veiled in secrecy.

It leaves us asking ourselves, is this the worst water allocation plan in Australia?

What has this plan proposed?
The plan proposes to split the Georgina Wiso Water Allocation Plan into three documents:

The Water Act 1992 only applies to the Statutory WAP. The Controller of Water Resources in making water licensing decisions will not need to consider the Report or Actions.

This plan undermines water allocation plans and sets a dire precedent across the Northern Territory where it breaks away from key components of the National Water Initiative. This includes the decision to:

We know that the Northern Territory has some of the weakest water laws and governance
arrangements in the country. This plan ensures that things will be even worse.

This attempt to sidestep consultation is in response to widespread community opposition to the
Government’s plans around water. This was emphasised recently by the Western Davenport Ti Tree Water Advisory Committee which was unable to endorse the draft plan for that area due to major concerns with the same three plan format.

ALEC reiterates its request that the Draft Plan is immediately withdrawn.

“This plan is destructive and appallingly short-sighted. Protections for ecological and cultural values have been ripped out, as have key accountability measures.”

“This is a highly contentious plan that lacks evidence. We are talking about a volume of water that is equal to the annual water use of 1.46 million Australian households. A plan of this size must be developed with the advice of a water advisory committee and not rushed through to meet an arbitrary deadline.”

“The plan covers a huge part of the Territory, some of the groundwater comes from the arid lands
from well south of Tennant Creek, that makes its way to the iconic Roper River and Mataranka
Springs. These are national treasures. We all should be concerned about this plan.”

“The Department keeps saying trust us, why should we? Trust and confidence is at a record low. Time and again this Government attempts to avoid scrutiny, fails to consult and creates a policy setting that is prescriptive only to the needs and desires of industry. This approach does not work. Look at the Murray Darling Basin. Look at the groundwater systems that have been destroyed in the United States.”

“Water allocation planning is complex. This plan is not. It is a green light to development with few
rules. We urge that this Draft Plan is scrapped.”

“In the push to fast track fracking we’re seeing really significant decisions like this being rushed
through without any of the scientific evidence or community oversight required to do it safely.”

“The Pepper Inquiry recommendations were intended to strengthen regulatory safeguards but
instead they are becoming a vehicle for speeding up extraction.”

“This plan demonstrates how the government is prioritising deadlines it has set itself of ticking off all the fracking inquiry recommendations by the end of the year over the actual content or intention of those recommendations”.

(1) NWI states that water plans are ‘developed in consultation with all relevant stakeholders on the basis of best scientific and socio-economic assessment, to provide secure ecological
outcomes and resource security for users’