Gas companies linked to tax secrecy havens and Liberal party; one company given grants worth $21m for drilling despite not having Northern Territory environmental approvals, senators hear

There is currently a Senate inquiry underway into the legitimacy of the federal government’s $50 grant program which would directly subsidise oil and gas companies to fast tracking fracking in the Beetaloo Basin.

The senate will be voting on whether to allow the money on August 25. If you can think of a better way to spend $50 million in the NT then please:

The inquiry has revealed that the gas companies seeking to frack the Beetaloo Basin have links to tax secrecy jurisdictions, and Russian oligarchs and that the company to receive the first of these grants, Empire energy is closely linked with the liberal party.

Empire Energy, whose chair Paul Espie is a long term Liberal party friend and donor, has recently been awarded the first $21m of this money to drill at three sites in the Beetaloo, none of which have regulatory approval from the NT government yet.

The Inquiry also reinforced the ongoing concerns of Traditional Owners in the Beetaloo Basin who have not given free prior and informed consent to fracking on their country.

Johnny Wilson, speaking for the Nurrdalinji Native Title Aboriginal Corporation, said it was “very disturbing” that the government was handing so much money to oil and gas companies while local communities struggled to obtain even basic infrastructure.

“Just like the other traditional owners on Country, we are struggling to even get the basic maintenance for our land, for our community, and yet the government is willing to pour so much money into destroying our country.”

Labor NT senator Malarndirri McCarthy has been instrumental in bringing this corruption to light and in elevating the voices of Traditional Owners on this issue. We are asking Labor Senators across the country to support their NT colleague by voting to disallow this money in the senate. 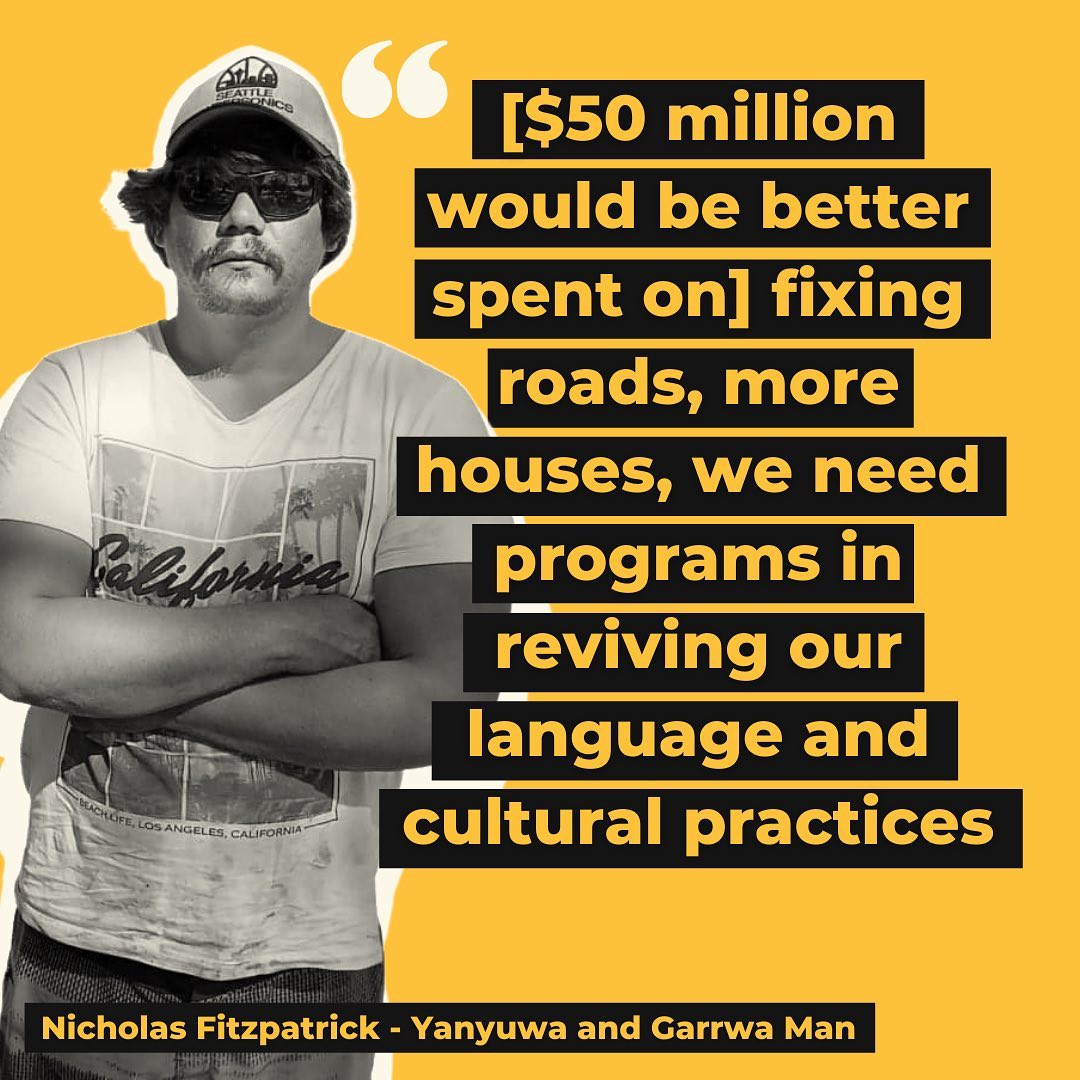